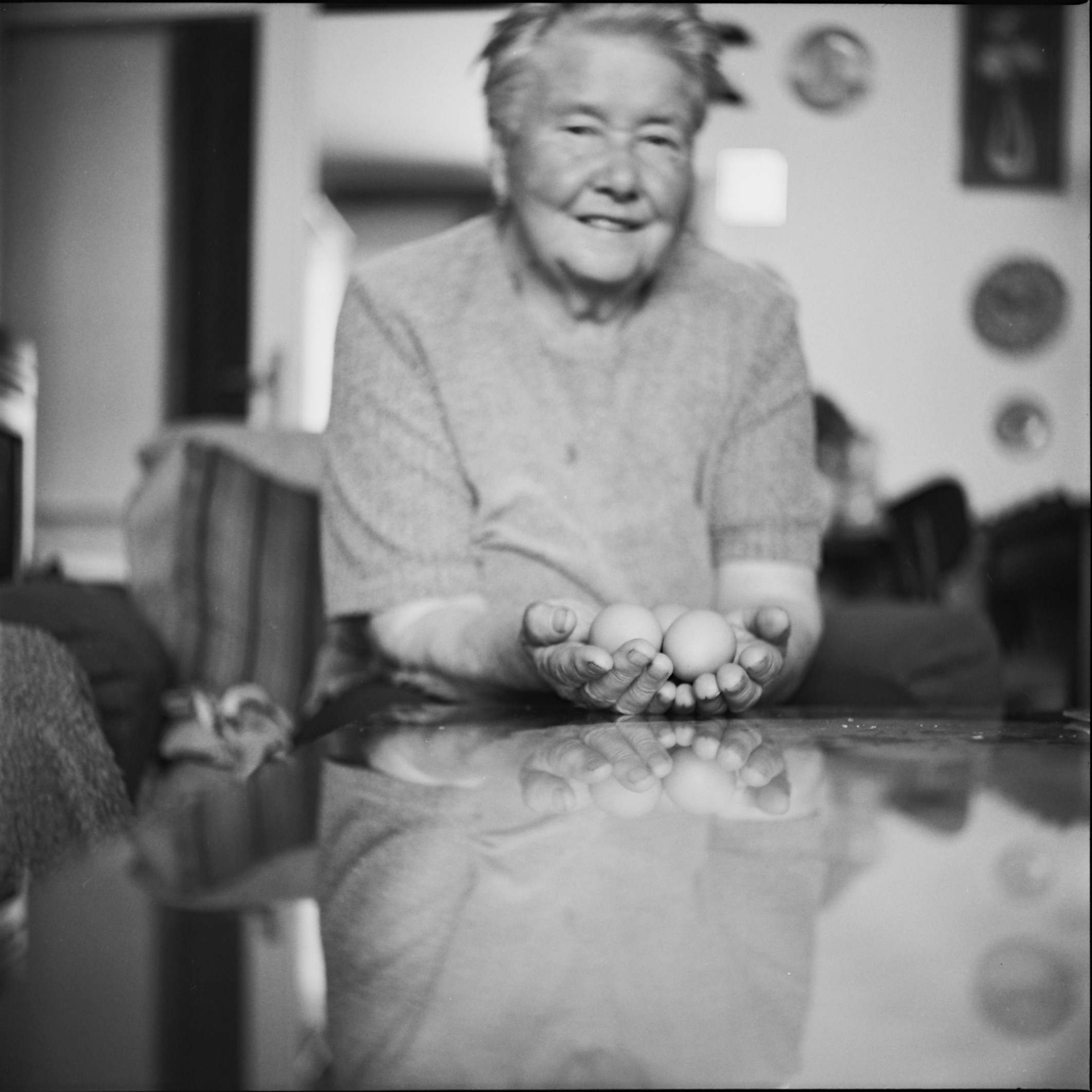 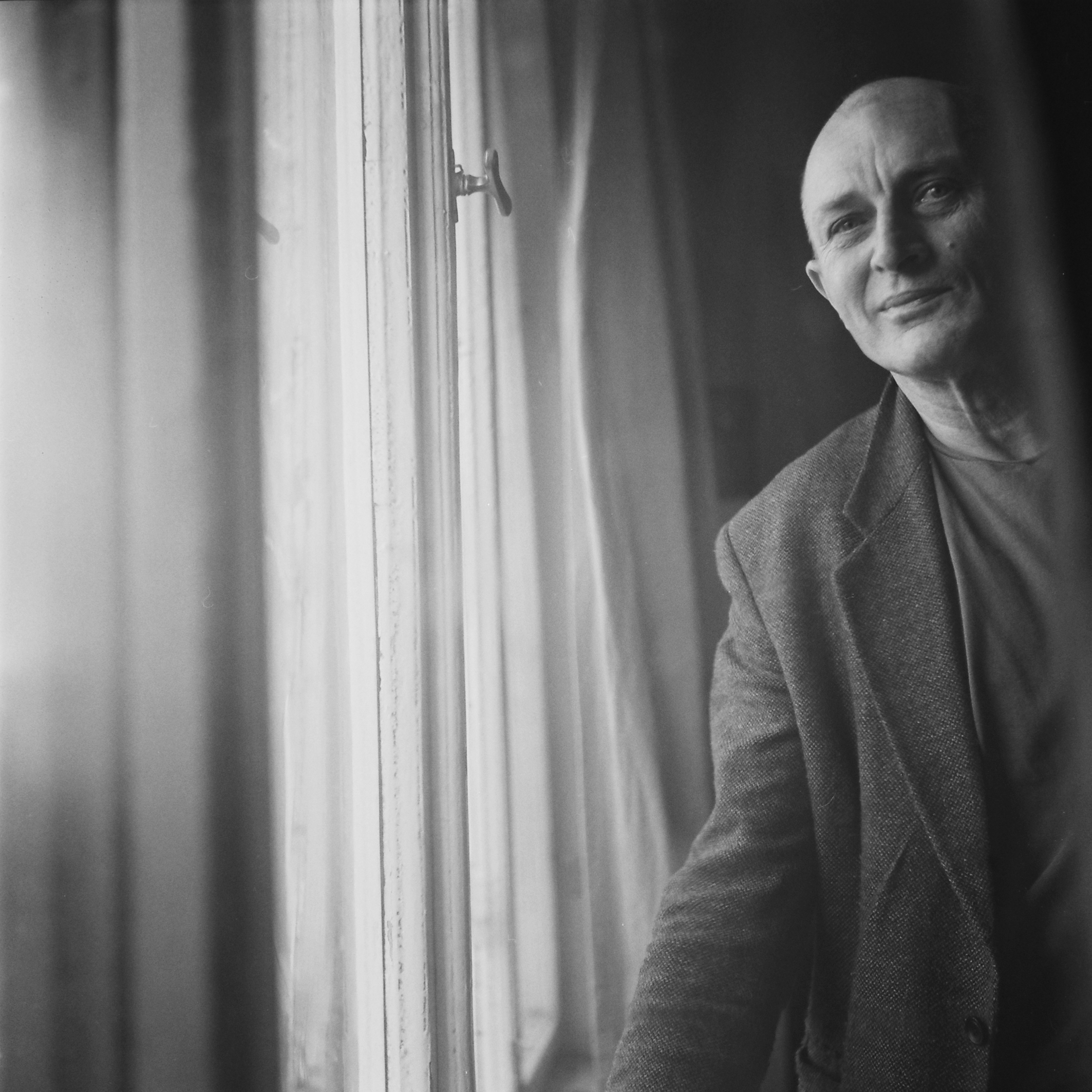 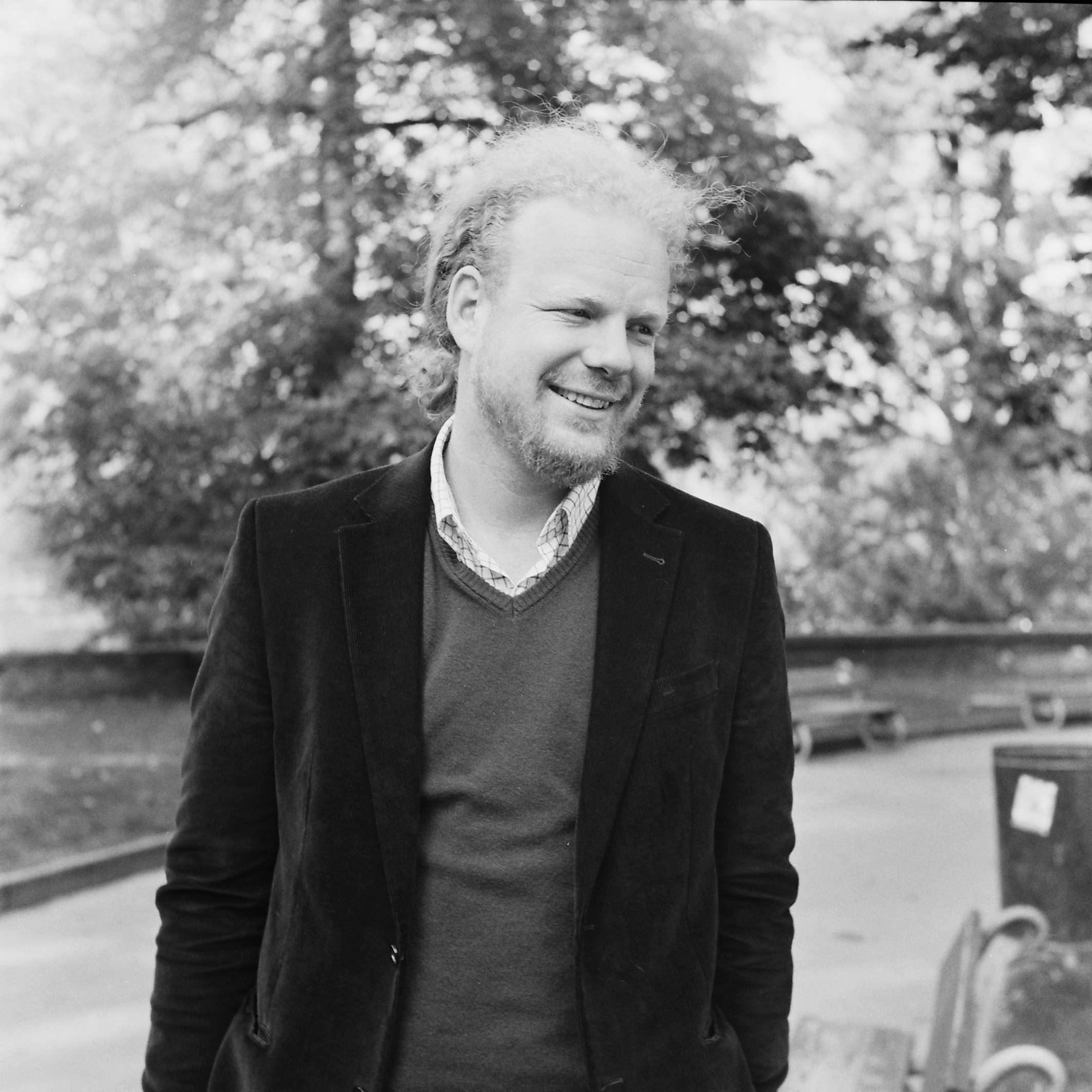 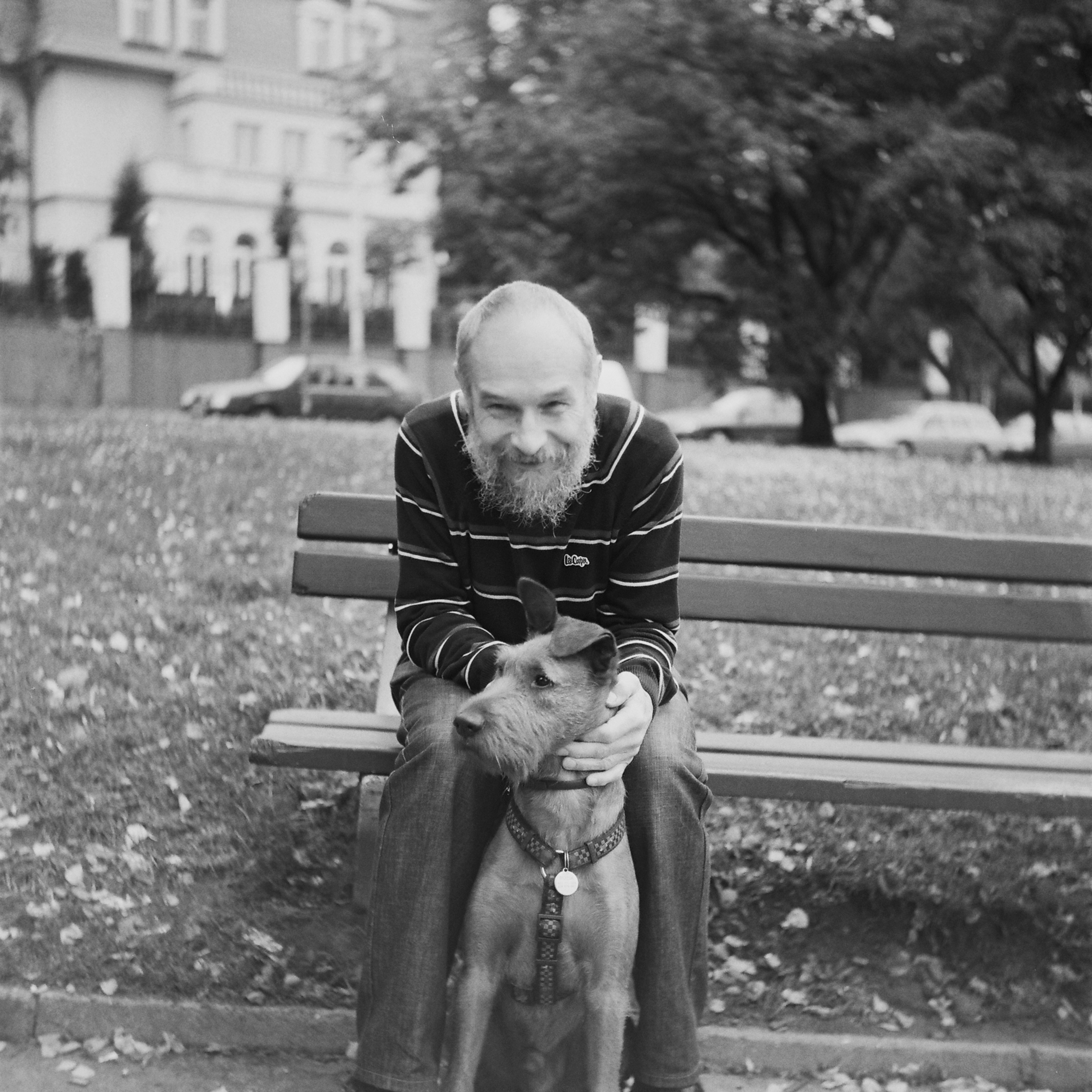 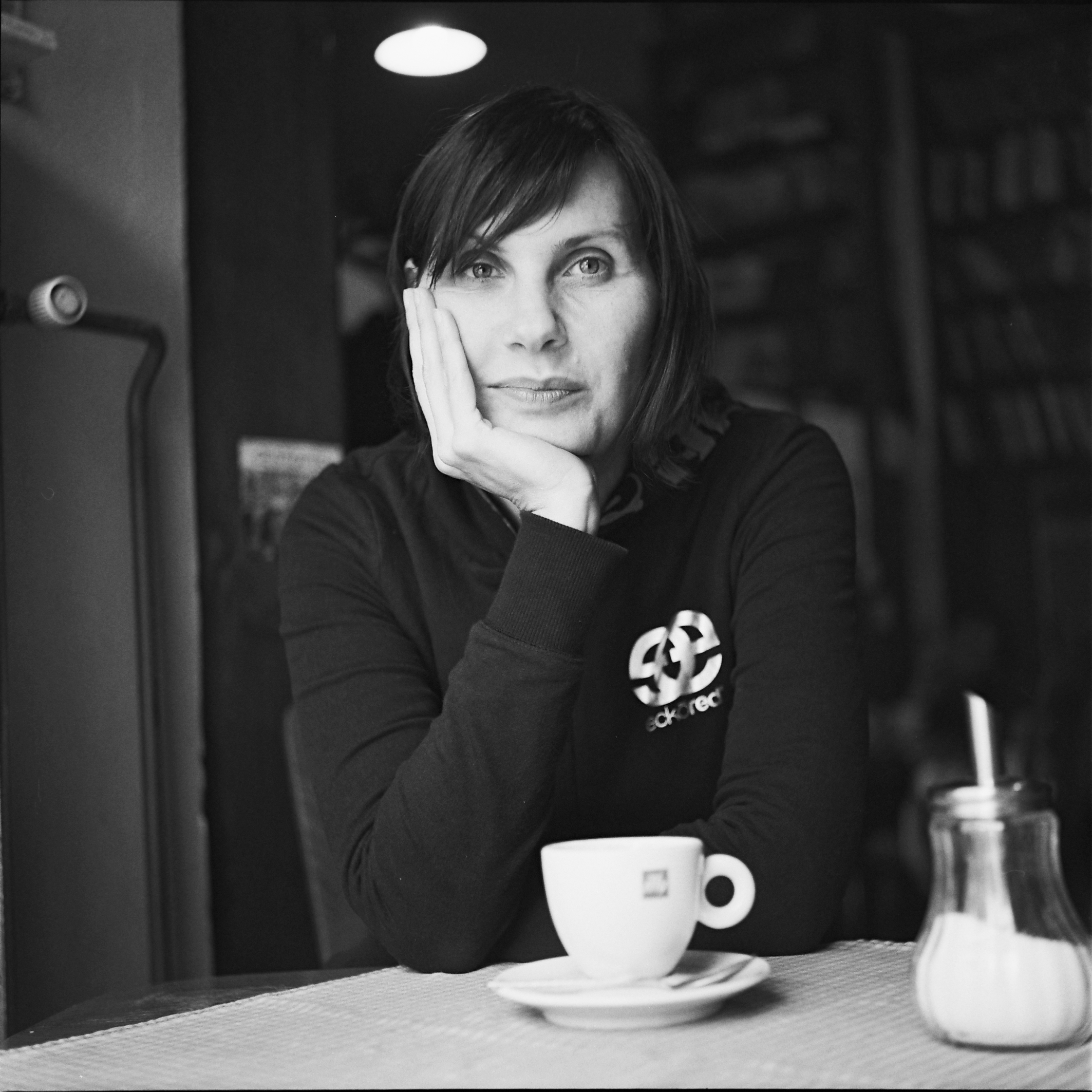 These photos were originally shown in Prague as part of a group exhibition honouring the Velvet Revolution, exploring the shedding of communism and the evolution of Czech culture and society 21 years after the revolution.

“Under communism, only basic foods were available—the only time you could have bananas was at Christmas. You lived in security because the government provided almost everything for free: school supplies, medical care. Now you have to pay for these things, but salaries have not changed very much. The price of staples (butter, eggs) went up and my generation has a lower quality of life. No matter which government is in control, they always take your money.” Marie Šimáčková moved from a Hungarian garrison town to Terezin in the 1960s. She raised her family there, but now lives alone. She does not notice anymore that the town used to be a concentration camp and enjoys walking for two hours every day.

“There was no hope. The choice was to wait for a slow killing or to kill myself (through drinking). It was life without hope--unbelievably unbearable and hard. Hope is like a child's plaything--a flying bee. It's a delicate thing, you cannot describe it.” Pavel Zajíček is a dissident who founded the underground music band DG 307 along with Mejla Hlavsa. He was charged and arrested for “hooliganism” in 1976 and left the Czech Republic to live in Sweden in 1980. He later moved to New York and lived there until the 1990s when he returned to Prague.

“There’s a lot that still needs work, but when I look around I’m impressed. We are now part of the global debate. We solve general problems here, instead of specifically Czech problems. We have opened up a great deal – to the point where we can contribute in some areas. It was the task of my generation to fit into the EU. Now students are thinking of other things; the task at hand is different. It took God 40 years to change the minds of the Israelites, and he had miracles and murder at his disposal. So how can we expect things to change more quickly with men in charge? Communism took over 40 years to die out… There’s no doubt that our elections are free and democratic. But the courts are a different matter. If a democracy is successful you see it in the way the courts work; quick, uncorrupted and just.” Tomas Sedlacek belongs to the last generation who remembers communism. He spent five years in Denmark as a teenager, and straight out of university he was appointed as an adviser to President Vaclav Havel and the Minister of Finance.

“After the Russians came, Czech people became skeptical because of their lost freedom. Because of this, they made their own private worlds and kept to themselves instead of making relationships. We wanted to survive, not be killed. That's why we did not fight—not even a little bit; there were so many Russians and Czech informants. It didn’t make sense to fight head on, but to go around them, to outlive them. “Freedom is the greatest thing we have gained since 1989. We have intellectual freedom, freedom of speech, and the ability to travel. When you travel, you learn about other cultures and their way of thinking and this experience is not a threat to your homeland if it is a free place. It is good that we are a part of the West where freethinking exists.” Ivan Lejcar is an architect and a founder of ALEJ architectural studio. He lives in Prague with his wife Zuzana and their dog Rudolf.

“The only ads on TV were for Xaver’s chicken. I displayed on my shelves the empty coke cans that tourists had thrown away and luckily had not crushed. People just didn´t rush to buy the things they saw glittering from pages of awful magazines. They went to see each other just for fun, talked for nights about films because there was enough time to talk. Indeed, everything was contained within an atmosphere of fear, as it was never clear who could be trusted and who could not. My friend got thrown in jail because he wrote Dubček in the snow… Some conformed totally to the regime, some just grew accustomed to living in such a schizoid pretense; few were unafraid to express their thoughts. During the revolution, I experienced a euphoric period of expectation when for a short while people really connected to each other and became capable of sacrificing everything they had so they could breathe freely. For a little while, it seemed that this would carry on, that relationships were more important than commodities and that we were not a nation of cowards waiting for someone to sweep us off our feet with a freedom that didn’t come true. Then it occurred to me that you don´t become free because you “receive” freedom but that people should get in touch with their own inner source and then what they do is right because it wells up from within. And that to become free is not to be scared to express whatever I find deep inside myself. Only after then, I could leave here some sort of imprint. I hope…” Always very close to the Czech Underground music scene, Eva performed with DG 307 before being invited to play bass with The Plastic People of The Universe in 2001. Eva lives in Prague with her daughter, Johanka.